The Africa Federation (AFED) in collaboration with KSI Jamaat of Dar es Salaam has launched the first Rent-to-Own housing scheme in Dar es Salaam, where the beneficiary only pay a deposit of about 20% of the cost of the apartment and the rest is paid monthly as rental over the period of 12 years. Once fully paid, the renter becomes the owner of the apartment. 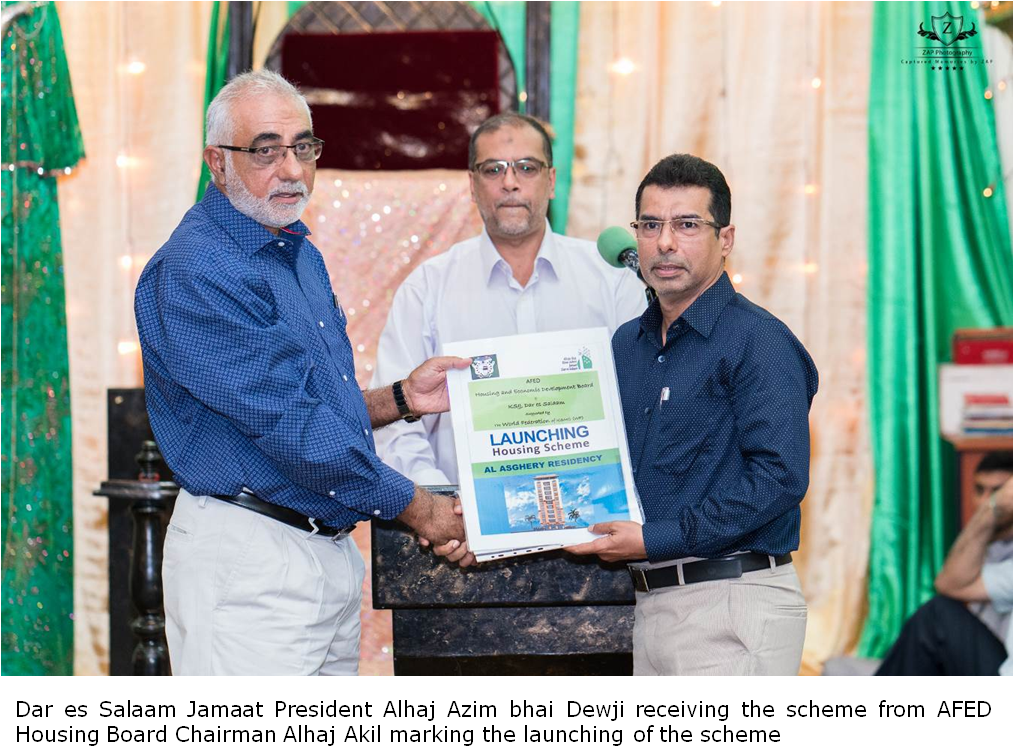 The launching was done on the auspicious night of the Wiladat of Ismate Sughra Hazrat Zaynab (SA), binte Ali Ibn Abi Talib (AS), Thursday February 2, 2017 with Dar es Salaam Jamaat Chairman receiving a copy of the brochure of the scheme. Simultaneously, the applications for the scheme were invited. 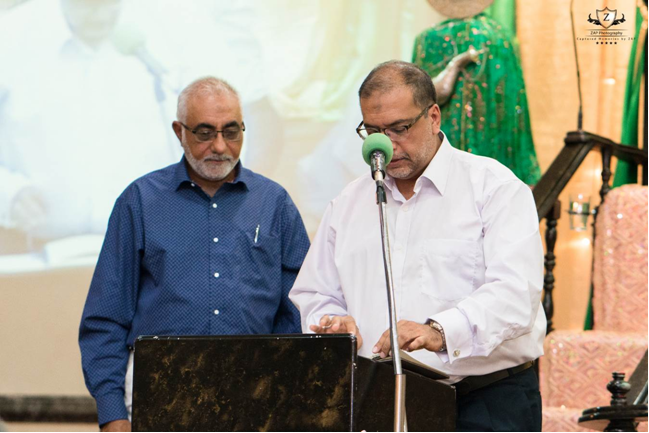 Speaking on the behalf of the Africa Federation Chairman Alhaj Shabir Najafi, the Hon Secretary, Alhaj Hussein Karim conveyed to all greetings from the Chairman and his apologies for his absence at the occasion due to prior commitment.  The AFED vision for the term 2016-2019 is to build 200 housing units for the community members of which 100 would be in Dar es Salaam, working hand in hand with the Jamaat. The 18 units launched was the first step in the journey. The Chairman thanked Alhaj Gulam Dewji (GD) and his Family for the donation of the plot, SANITAS MERALI Foundation of UK and the World Federation of KSIMC for their donations. The Chairman also appealed to members to donate land and money or even grant a loan to AFED to deliver on its vision of affordable housing for the community. 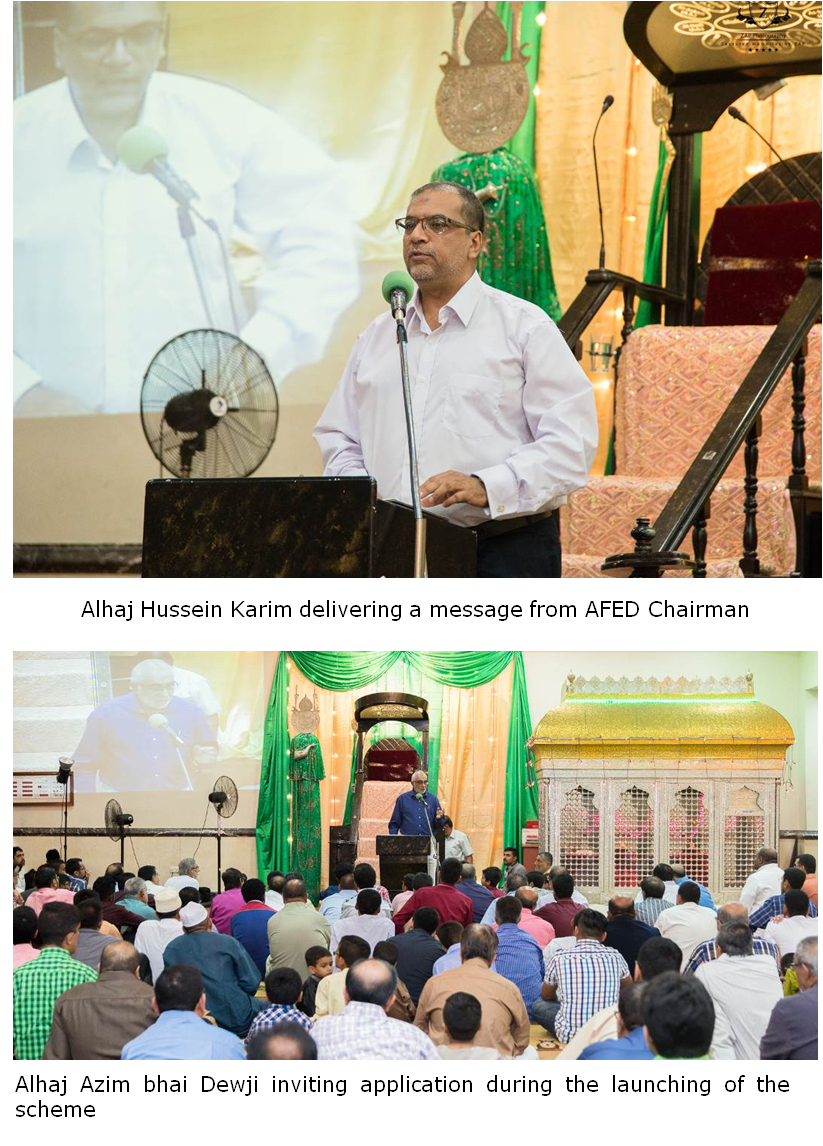 Earlier on January 20, 2017, the AFED office bearers, Trustee with Dar es Salaam Jamaat office bearers and Trustees visited the construction site of the Al Asghery Residency on Band and Libya Street to witness the construction works in progress. The building is anticipated to be ready for occupancy by end of April 2018, Insha’allah.

The project is under the supervision of the Economic and Housing Development Board of the Africa Federation. 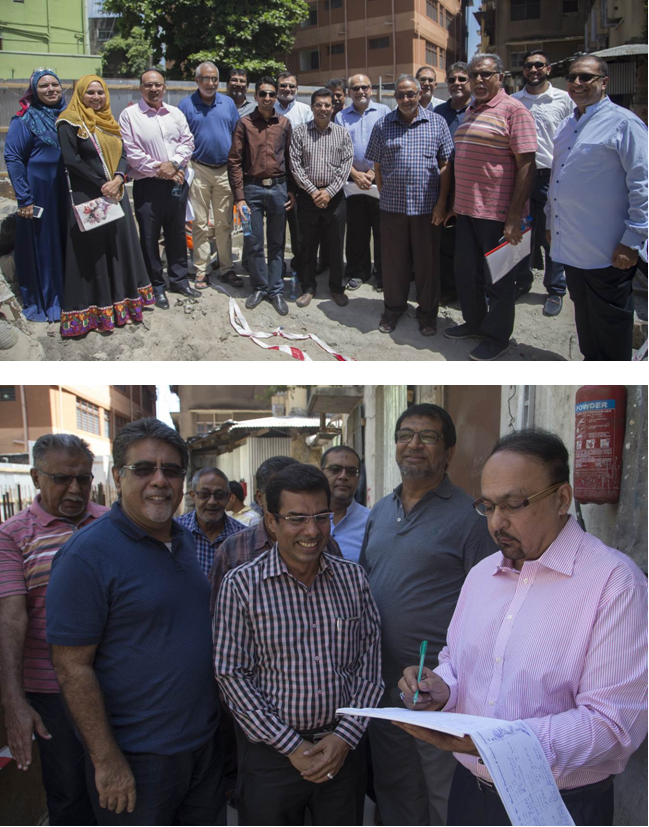 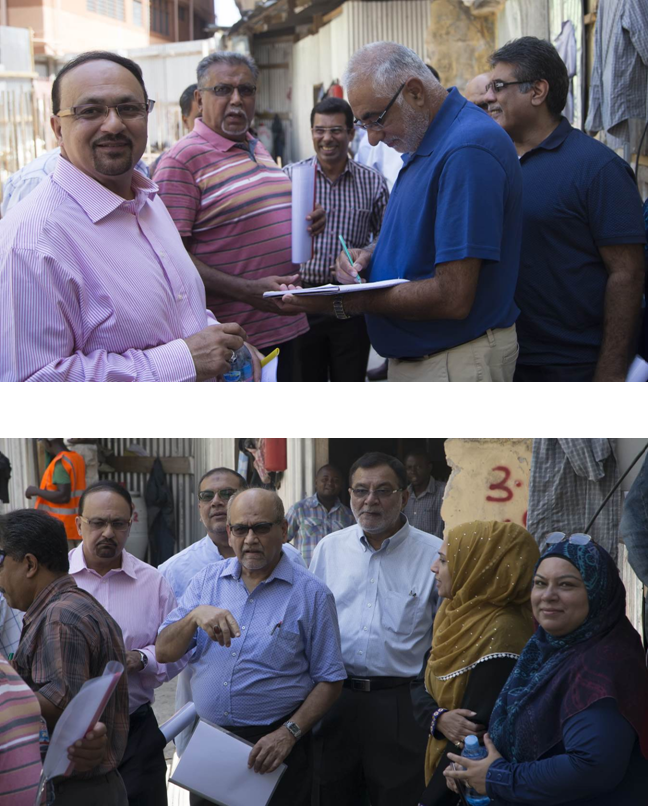 Above: Photographs taken during the visit to the site by the KSI Jamaat President along with the AFED Chairman and their teams to witness the progress of the construction works. 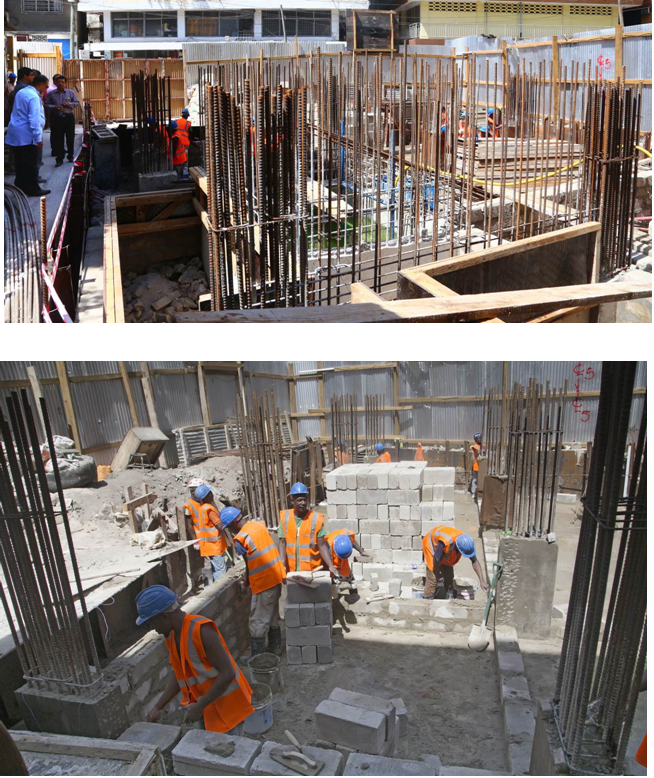 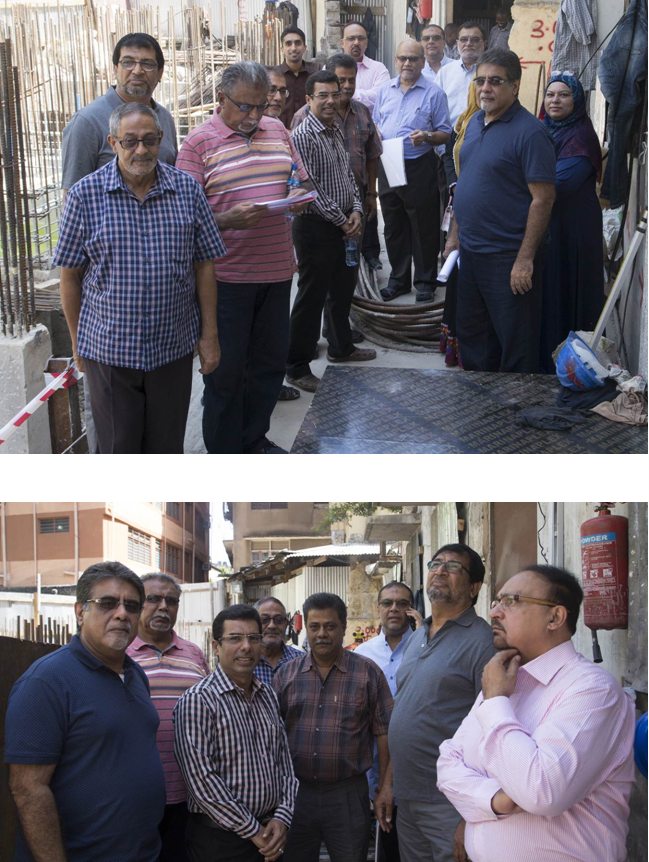 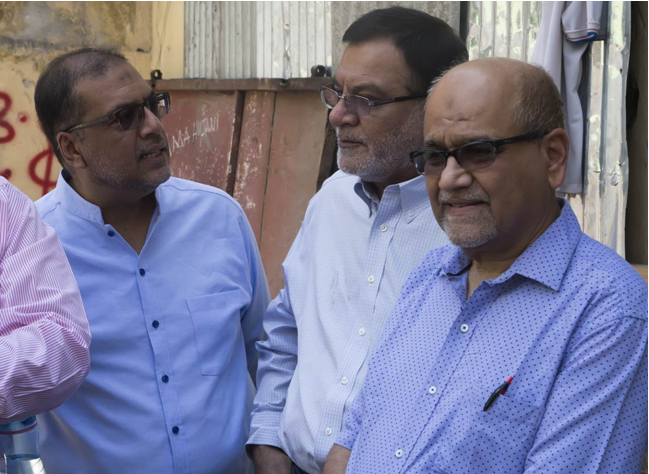 Above: The Hon. Secretary of AFED, Alhaj Hussein Karim is seen here with the immediate past Chairman of AFED and the current Trustee of AFED, Alhaj Anwarali Dharamsi and the AFED Vice Chairman, Alhaj Aunali Khalfan during the site visit of Al Asghery Residency housing project in Dar es Salaam.

The current needs of the Community for housing is obviously huge, however the initiatives taken jointly by Africa Federation and KSI Jamaat of Dar es Salaam will Insha’allah lead to a successful accomplishment of the Vision.

admin - June 28, 2017
0
The Federation of Khoja Shia Ithna-Asheri Jamaats of Africa (Africa Federation) was formed in 1946 for the purupose, mainly of bringing together all the...