The Chairman of Africa Federation, Alhaj Shabir Najafi is pleased to announce the appointments of the Managing Committee of Bilal Muslim Mission of Tanzania under the Chairmanship of Alhaj Muslim Meghji for the term 2016 – 2019.

The appointments are as follows: 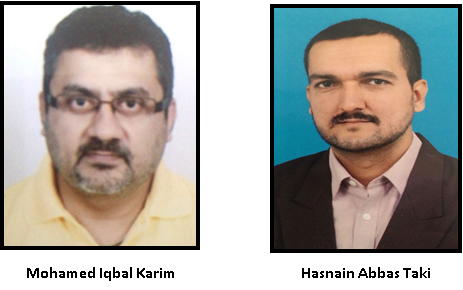 Inayat Alidina – Vice Chairman
Inayat bhai has served various Boards under AFED and the Jamaat in different capacities as follows:

Hasnain Abbas Taki – Hon Secretary
Hasnain bhai is an active community worker and served in the following sections of the Jamaat:

Mohamed Iqbal Karim – Hon Treasurer
Mohamed Bhai has served the Community in Moshi where he formerly resided and is actively involved in Community services in Dar-es-Salaam since he moved to Dar.

The Secretariat of the Africa Federation extends its heartiest congratulations and best wishes to the Bilal Muslim Mission of Tanzania team on their appointments. We pray to Allah (SWT) for their success in invigorating the Bilal Muslim Mission Centres with renewed impetus in delivering to the Mission’s Vision and Goals successfully. May Allah (SWT) give them more tawfeeqat, good health and long life to continue serving the Mission for His pleasure – Ameen.

Yet another attack on the shrine of Sayyidah Zaynab causes injuries...

admin - April 10, 2019
0
Newswire The World Federation of KSMIC Yet another attack on the shrine of Sayyidah Zaynab causes injuries and damage On Thursday 7 November 2013, 4 shells were...