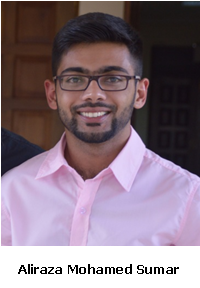 Aliraza Mohamed Sumar was born in 1991 in Tanga, Tanzania. He completed his primary and secondary education in the coastal city of Tanga. He is currently pursuing his bachelors’ degree in civil and construction engineering at the University of Nairobi in Kenya.

A dedicated, passionate and task-oriented person who began volunteering at a young age, his inspiration towards the community services influenced by his father (who has served Tanga Jamaat for several years as a Madressah teacher, Managing Committee member and a trustee.)

Aliraza has been actively involved with different youth bodies in Arusha, Tanga, Mombasa and Nairobi and has served the Africa Federation in various capacities: as Hon. Secretary of AYN from 2014-2016, the AFED Solidarity Day Ad-hoc Committee member in 2014 and as Vice Chairman in 2016, he has been resourceful with new and creative ideas for the Solidarity Day event and AYN programs.

He strongly believes that for a successful community, youth involvement, engagement and empowerment is very essential, because they can make a real difference in several facets of the Community and its development.

The following members have been appointed to the AYN Board for the new term. 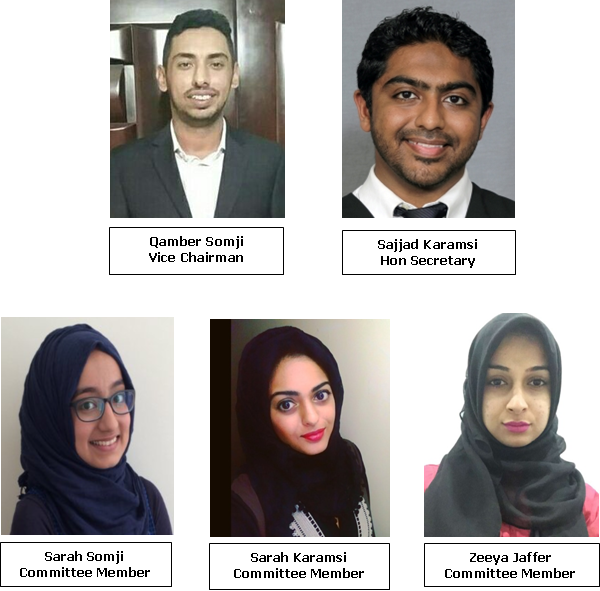 The AFED Secretariat extends its heartiest congratulations to Aliraza bhai and his entire team on their appointments and wishes them every success in achieving the vision and the goals set out for the Board for the new term; 2016-2019.

admin - April 10, 2019
0
CIRCULAR NO: JMT/011/13 The Chairman of the Africa Federation, Alhaj Anwarali Dharamsi is pleased to re-appointed Sister Fatim Sadick Somji as the Chairperson of the...