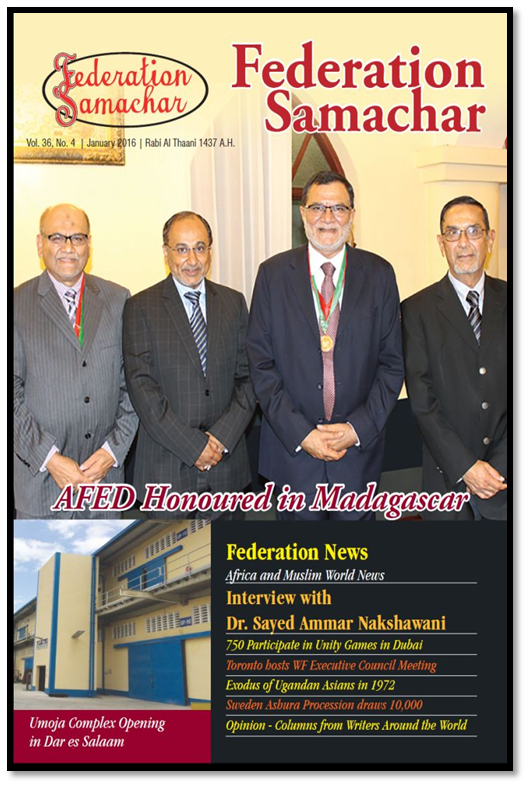 Copies will be available to Jamaats in Africa from the coming week and Jamaats outside Africa will receive copies in the next few weeks.

This 92 page issue carries news and views from Africa and globally and includes opinions from columnists around the world. Read about the Arbaeen Walk from Najaf to Karbala and about the Exodus of Asians from Uganda.

The Black and White Column debates if or not the community requires Gujarati as a primary spoken language.

There is also an interview with Sayed Ammar Nakshawani and news about two community members attending the State of the Union Address in the United States.

This copy has archival value that one can only preserve by way of actually having a copy in hand.

Do not miss this issue.