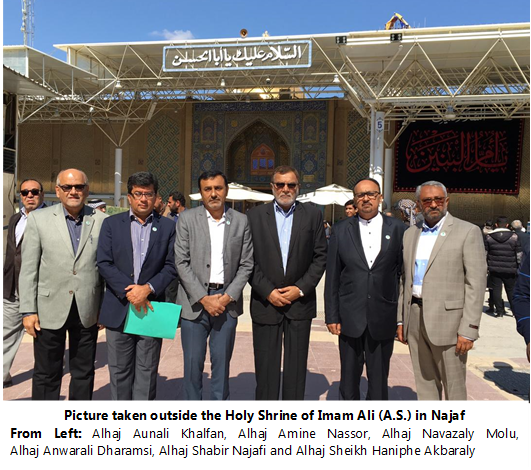 The meeting and discussions with his eminence, Ayatollah al Uzma al Seyyid Ali Hussainy al Sistani (May Allah (SWT) prolong his life, grant him good health and protect him against all calamities, Ameen) was filled with wisdom and guidance for our community. Agha praised the Khoja community for its unity, good administration, management and development which has helped the Khoja Community to withstand numerous pressures from outside.

Shabir Bhai Najafi provided a brief summary of the activities of the Africa Federation and the various projects being undertaken by Afed in the Constituent Jamaats under Afed and including the Tabligh activities under Bilal Muslim Mission in several parts of Africa.

Shabir Bhai informed Agha on the forthcoming Afed Supreme Council Ordinary Conference being held in April 2019 in Mombasa. The full message from Agha will be conveyed during the Conference. Shabir Bhai also mentioned that his Eminence’s Marjae’aat, has brought about strong unity amongst the Shia Community and prayed for his good health and long life.

Earlier, the Afed delegation met with Agha’s son Seyyid Mohamadraza al Sistani during which several administrative matters were discussed and agreed upon. The visit to Agha’s office was quite pleasant, fruitful and educative.

The AFED delegation also visited the Holy Shrines of our Imams (AS), Imam’s progenies, Martyrs of Karbala and of the faithful companions of the Holy Prophet of Islam and of our Masumeen (AS) in Najaf, Kufa, Karbala, Samarrah, Kazmain and the other peripheral Ziyarats. May Allah (SWT) accept the Aamals, Duas and Ziyarats of all our Muslim Ummah – The lovers of Ahlulbayt (AS) – Ameen. 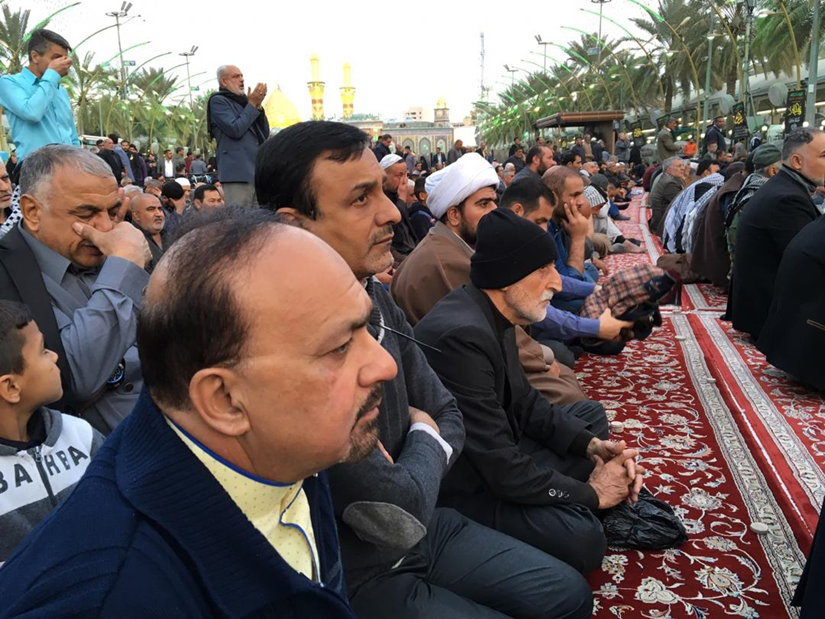 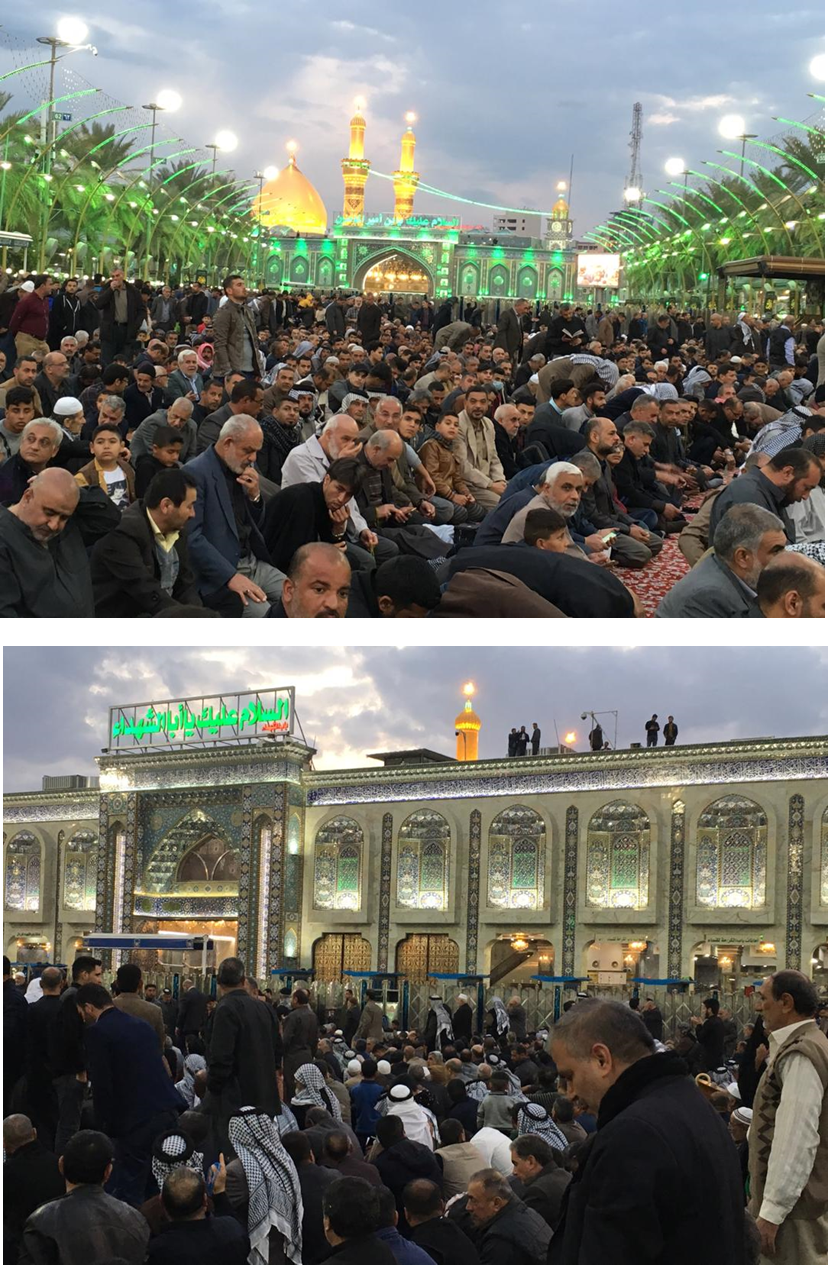 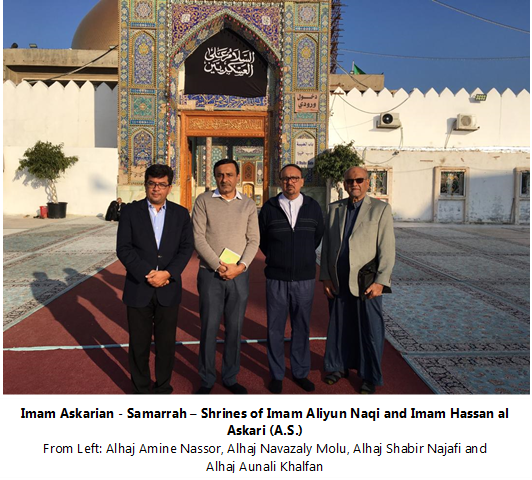 The AFED Secretariat wishes to record special thanks to Sheikh Haniphe Akbaraly for coordinating the meeting with Agha’s Office.