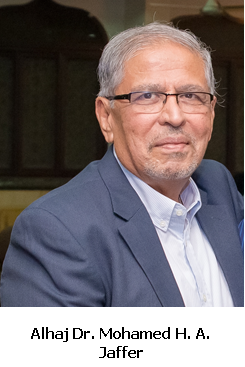 It was a moment of joy and pride for the Khoja Shia Ithna-Asheri Community when Alhaj Mohamed Hussein Abdulla Jaffer was bestowed with the prestigious Honorary Doctorate of Philosophy in Humanities (PhD) and Peace Award by the United Graduate College & Seminary International.

The function took place on 12th January 2019 in Nairobi. He was also awarded with the World Civility Leadership Award by iChange Nation (ICN).

Mohamed bhai has served the community in different capacities in Mombasa Jamaat and the Africa Federation.

He is the Chairman and Trustee of the Jaffer Foundation Charitable Trust, whose main philanthropy activities caters for water, health and education projects to help change   the lives of communities in the Coast region.  He is also a founder, trustee and member of various clubs and organizations in Kenya.  He is currently the Chairman and Managing Trustee of the Khoja Shia Ithna-Asheri Jamaat of Mombasa.

Mohamed bhai’s social and philanthropic work has earned him many prestigious awards in Kenya in addition to the above:

Below are some photographs taken during the momentous occasion in Nairobi Kenya which was attended by dignitaries, academicians and Government officials. 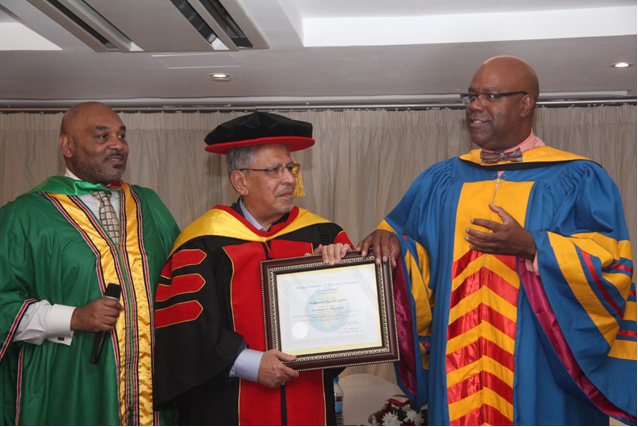 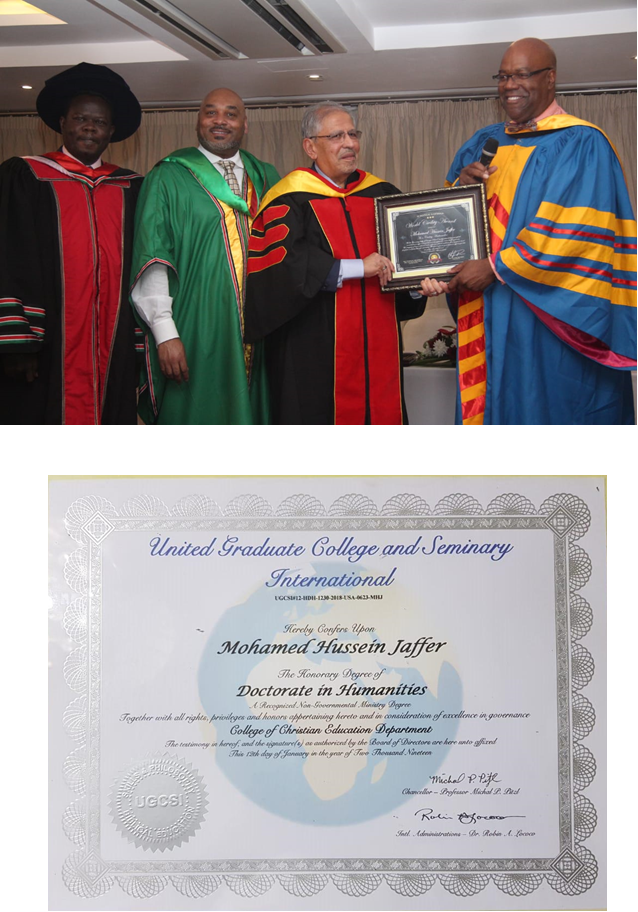 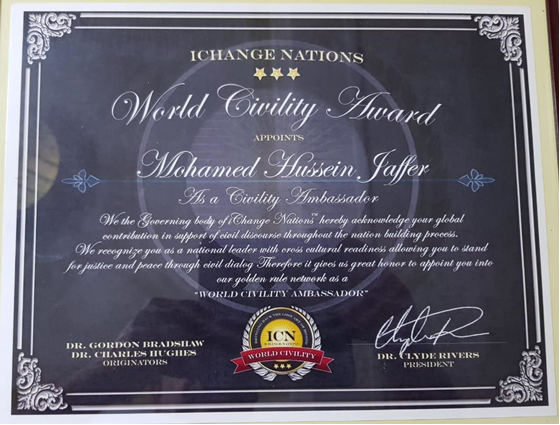 On behalf Chairman, Alhaj Shabir Najafi, the office bearers of the Africa Federation and members of the Constituent Jamaats of Africa Federation, we extend our heartiest congratulations to Mohamed bhai for the honor bestowed upon him.

We pray for his good health, long life and continuous success in attaining newer milestones of accomplishments for the betterment of all the citizens, including his family and the community at large, Ameen.